What is the KBF99 capable of??

KBF99 has been tested by Coventry University using the standard test for Anti Microbial Activity (ISO 2196 : 2007).KBF99 is at least 99% effective against Strangles, Ring Worm, E.Coli and Mycotoxin. Read more about the infections 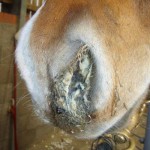 Strangles is a particularly nasty, Highly contagious disease that is caused by the streptococcal Bacterium. it localises in the tonsils and lymph nodes of the upper respiratory tract. Symptoms include high fever, poor appetite, thick yellow nasal discharge and enlarged lymph nodes between the jaw bone which can abscess. It is not a disease that nay horse lover would ever want to see their horse go through. the bacteria can be transmitted via direct co

ntact with infected animals, or via contaminated equipment including; yard utensils, buckets,grooming equipment etc. if just one horse in a yard contracts strangles, this will prevent any horses being able to leave or come to the premises for several weeks. It is also occasionally fatal. 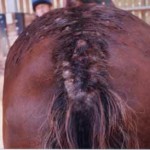 Another Highly contagious and troublesome disease for horses, This unsightly skin infection is caused by a “skin loving fungus”, Trichophyton Equinum. The skin Lesions usually start off as small patches of erect hairs and are often over looked, However they will quickly grow and become more wide spread. Horses will develop scaly, hairless patches of skin which can become itchy and sore if left unattended. this highly infectious condition will easily spread to other horse, pets, and even humans if left untreated. spores from the fungus can live on brushes and other grooming utensils for months and this allows easy transfer between horses. 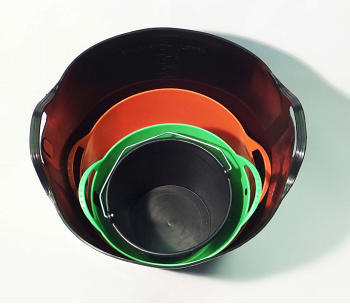 E Coli is a Gram- Negative, rod shaped bacterium that is commonly found in the lower intestines of all mammals. There are are many strains, most of which are harmless. However they are some stereotypes which can be very pathogenic and can can be passed from horse to human causing serious stomach upset. E Coli can be contracted by eating foods contaminated with faecal material such as uncooked or unpasteurized animal products, it can live in soil, contaminated with water and be passes on via direct contact.

A common Fungus found in mouldy feedstuffs, it release mycotoxins which are harmful to horses. The toxins released can be inhaled or ingested and, depending on the route of entry, can cause a variety of systems including neurological disease, with symptoms including, weakness, ataxia, inability to eat, recumbency and death or other manifestations including gastrointestinal upset and colic- like symptoms or even respiratory disease.

“Under Laboratory conditions KBF99 technology was found to kill Herpes viruses (that affects Humans) and is from the same family as Equine Herpes Virus (EHV). The structure of the EHV cells is described as envelope, meaning the contents of the cells are encased in a skin or envelope.The KBF99 technology utilizes molecular strands (forming spikes or swords) to stab such cells and break open the envelope and so kill the cell. Therefore we are confident that KBF99 will kill the Equine Herpes virus on contact. Equine Influenza Virus cells are also envelope structures. We emphasize this because not all virus cells are envelope structures, others could be described as similar to jelly, which would not be damaged by the intrusive stabbing activity. 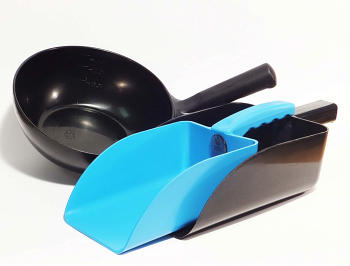 The KBF99 product range has been developed to help protect and safeguard horses and in some cases humans from contracting Strangles, Ringworm, E.Coli and Mycotoxin plus other conditions and diseases. If you believe your horse is infected, contact your vet immediately.

We are committed to ensuring that your privacy is protected. Should we ask you to provide certain information by which you can be identified when using this website, then you can be assured that it will only be used in accordance with this privacy statement.

We may collect the following information:

What we do with the information we gather

We require this information to understand your needs and provide you with a better service, and in particular for the following reasons:

We are committed to ensuring that your information is secure. In order to prevent unauthorised access or disclosure, we have put in place suitable physical, electronic and managerial procedures to safeguard and secure the information we collect online.

A cookie is a small file which asks permission to be placed on your computer's hard drive. Once you agree, the file is added and the cookie helps analyse web traffic or lets you know when you visit a particular site. Cookies allow web applications to respond to you as an individual. The web application can tailor its operations to your needs, likes and dislikes by gathering and remembering information about your preferences.

We use traffic log cookies to identify which pages are being used. This helps us analyse data about webpage traffic and improve our website in order to tailor it to customer needs. We only use this information for statistical analysis purposes and then the data is removed from the system.
Overall, cookies help us provide you with a better website by enabling us to monitor which pages you find useful and which you do not. A cookie in no way gives us access to your computer or any information about you, other than the data you choose to share with us.
You can choose to accept or decline cookies. Most web browsers automatically accept cookies, but you can usually modify your browser setting to decline cookies if you prefer. This may prevent you from taking full advantage of the website.

Links to other websites

Our website may contain links to other websites of interest. However, once you have used these links to leave our site, you should note that we do not have any control over that other website. Therefore, we cannot be responsible for the protection and privacy of any information which you provide whilst visiting such sites and such sites are not governed by this privacy statement. You should exercise caution and look at the privacy statement applicable to the website in question.

You may choose to restrict the collection or use of your personal information in the following ways:

If you believe that any information we are holding on you is incorrect or incomplete, please write to or email us as soon as possible at the above address. We will promptly correct any information found to be incorrect.

Add your favourites to cart

Your purchase will be split into 4 payments, payable every 2 weeks

All you need to apply is to have a debit or credit card, to be over 18 years of age, and to be a resident of country offering Afterpay

Late fees and additional eligibility criteria apply. The first payment may be due at the time of purchase
For complete terms visit afterpay.com/terms